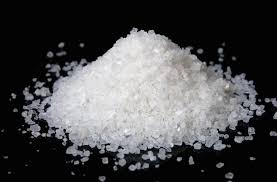 The Union Finance Ministry’s Revenue Department has imposed a five year anti-dumping duty on Sodium Nitrite imports from China. It was imposed based on recommendations of Directorate General of Antidumping and Allied Duties (DGAD).
In its sunset review, the DGAD concluded that there is “continued dumping” of the ‘sodium nitrite’ from China and it is causing injury to the domestic industry.

Sodium Nitrite is a white crystalline powder. It is an oxidising and also a reducing agent. It is mostly used in the pharmaceutical and dye industries, lubricants, construction chemicals, rubber blowing agent, meat processing, and textiles.

Countries impose anti-dumping duties to safeguard domestic industry from surge in below-cost imports. It is not a measure to restrict import or cause an unjustified increase in cost of products. Anti-dumping duty is imposed inorder to ensure fair trade and provide a level-playing field to the domestic industry.
It is protectionist and counter import measure used by a country under the multilateral World Trade Organisation (WTO) regime. The DGAD, under the Union Commerce Ministry, recommends the duty, while the Union Finance Ministry imposes the same. India so far has also imposed similar anti-dumping duties on import of several other products including steel, fabrics and chemicals from different countries including China.