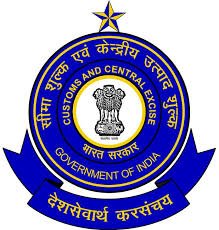 The Appointments Committee of Cabinet (ACC) has appointed S Ramesh, member of Central Board of Indirect Taxes and Customs (CBIC) as its next Chairman. He will succeed present chairman Vanaja N. Sarna who retires in June 2018.

Central Board of Excise and Customs (CBEC)

CBIC is the nodal national agency responsible for administering Customs, GST, Central Excise, Service Tax & Narcotics in India. It is part of the Department of Revenue under Union Ministry of Finance. It is headquartered in New Delhi.
It is one of the oldest government departments of India (established in 1855 by the then British Governor General of India, to administer customs laws in India and collection of import duties / land revenue). It was renamed to present name from Central Board of Excise & Customs (CBEC) in March 2017.
CBIC deals with tasks of formulation of policy concerning levy and collection of customs and central excise duties and service tax, prevention of smuggling and administration of matters relating to customs, central excise, service tax and narcotics. It is administrative authority for its subordinate organizations, including Central Excise and Service Tax Commissionerates, Custom Houses and Central Revenues Control Laboratory.