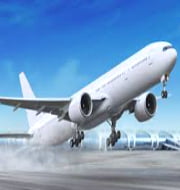 The Union Civil Aviation Ministry has announced regional aviation routes and airlines after the first round of bidding under UDAN (Ude Desh ka Aam Naagrik) Scheme.
In the first round, as many as 128 routes connecting 70 big and small airports across the country were selected and all flights will become active within 4-6 months.

UDAN is first-of-its-kind scheme globally that aims to create affordable yet economically viable and profitable flights on regional routes. It will also strive to make flying affordable to the common man even in small towns. The scheme will help to stimulate growth (in terms of employment and investment) in the regional aviation market and connect underserved and unserved airports in the hinterland areas that were not having flight services.