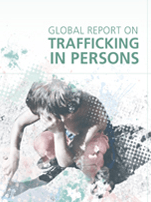 The United Nations Office on Drugs and Crime (UNODC) has released the Global Report on Trafficking in Persons 2018. The report draws information from 142 countries, examining trafficking trends and patterns.

The important observations made in the report are:

Addressing human trafficking is a key component of the UN Sustainable Development Agenda. It requires the Member States to monitor progress in tackling the problem, and report the number of victims by sex, age and form of exploitation.