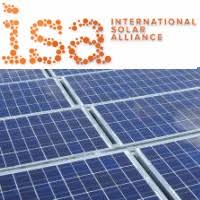 The inaugural General Assembly of International Solar Alliance (ISA) will be inaugurated on 2 October 2018 in New Delhi. It will be followed by ministerial level assembly of ISA following day which will be will be held in Greater Noida.

ISA was jointly launched by India and France in November 2015 at Paris on side lines of COP21 UN Climate Change Conference. Its Framework Agreement came into force in December 2017. It celebrated its founding day on 11th March, 2018. Its founding conference was held on 11 March 2018 in New Delhi.
ISA is action-oriented organization that aims brings together countries with rich solar potential to aggregate global demand, thereby reducing prices through bulk purchase, facilitating deployment of existing solar technologies at scale and promoting collaborative solar R&D and capacity building. It also aims at contributing to implementation of Paris Climate Agreement 2015 through the rapid and massive deployment of solar energy.
ISA is first international intergovernmental treaty based organization to be headquartered in India. It is headquartered at campus of National Institute of Solar Energy (NISE), Gurugram, Harayana. Till date, 47 countries have signed and 19 countries have ratified Framework Agreement of ISA. United Nations is Strategic Partner of ISA.
Objectives of ISA