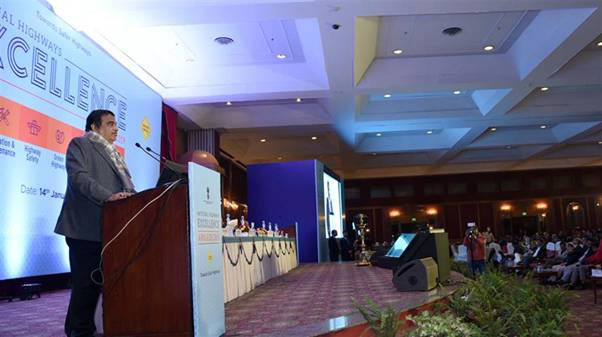 The National Highway Excellence Awards was instituted in 2018 for the contributions made by the stakeholder in the National Highway (NH) sector towards erecting world-class infrastructure of roads in the country. The 2019 award was presented by the Union Minister for Road Transport and Highways, Nitin Gadkari on Tuesday, 14th January 2020 to outstanding performers in the NH sector. The Minister lauded the efforts and contribution of the stakeholders and said that a record construction of 29Km per day of NH was achieved in 2019 and exuded confidence that in the upcoming days the record will be surmounted by achieving a length of 50 Km per day construction.

The awards were presented in seven categories for which a total of 104 applications from across the country were received this year through online application platform of the NIC following which more than three months of assessment and multiple rounds of scrutiny was carried out after which 12 winners were selected across the seven categories.