First ‘Kisan Rail’ to ply between Maharashtra and Bihar 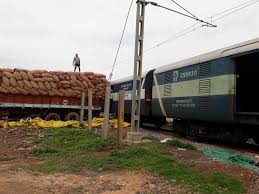 The Railways has decided to commence its ‘Kisan Rail’ services to transport perishable goods from August 07 onwards and the first train will be flagged off via video conferencing by the Union Minister of Agriculture and that of the Railways. This train will run between Maharashtra and Bihar and will carry vegetables and fruits.

Details of the Journey

The train will start from Nashik in the morning and will reach Danapur in Bihar by evening tomorrow. This train will run on a weekly basis for now. It is going to cover a total distance of 1519 kilometres in 31 hours. It will make stops in Nasik Road, Manmad, Jalgaon, Bhusaval, Khandwa, Jabalpur, Manikpur, among other stations.

This train is going to be helpful for doubling the income of the farmers within 2022 and it will able to realize the dream of the Union Government in this regard.

This was announced in the Union Budget 2020-21 in order to provide a cold supply chain to transport perishable goods from one part of the country to another. The idea to use refrigerated parcel vans to carry perishable goods was first announced in the Union Budget of 2009-10 by the then Railway Minister, Mamata Banerjee. But that initiative could not take off successfully.