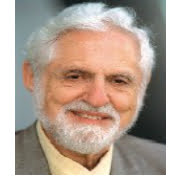 Renowned chemist Carl Djerassi has passed away in San Francisco, United States (US). He was 91.
He was famously known as the father of the birth control pills for his contribution to the development of oral contraceptive birth pills.