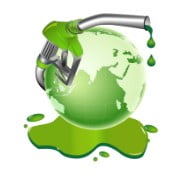 Haryana Government has signed Memorandum of Understanding (MoU) with Indian Oil Corporation (IOC) to set up ethanol plant at village Bohali village in Panipat district with an outlay of over Rs. 900 crore. The MoU will be valid for one year. This plant will motivate farmers in its 50 km radius area to manage crop residue and prevent straw burning and help to fulfill increasing demand of ethanol and also bio-fuels for consumers of petroleum product.

The proposed capacity of this ethanol plant will be of producing 100 kilolitres of ethanol per day. It will help to manage crop residue and prevent straw burning before upcoming paddy season. 10 cooperative and three private sugar mills in the state will provide raw fuel to this plant. There will be regular supply of raw material to this plant as paddy crop residue will be provided as raw material after end of paddy season in October and November and after that sugarcane crop residue will be supplied in cyclic manner.

It is an alcohol derived by process of fermentation mostly from carbohydrates of agricultural residue and feedstocks. It acts as a quasi-renewable energy, as it can be easily blended with petrol or diesel, thus making it sustainable transport fuel. Its long-term usage will help to reduce emissions and dependency on imported fossil fuel. It will benefit farmers economically, as they will be paid for their agro-based produce to extract bio-ethanol. It would also help in preventing loss of fertility of soil and damage to environment by reducing air pollution caused by burning of leftover agro-based produce.