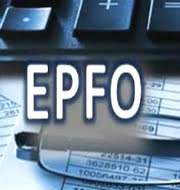 The Employees’ Provident Fund Organisation (EPFO) has won the National Award on e-Governance 2015-16 for launching the Universal Account Number (UAN).
EPFO has won the gold award in this edition of awards in the ‘innovative use of technology in e-governance’ category and will get a cash prize of 2 lakh rupees.
The award will be bestowed upon EPFO by the Union Ministry of Personnel, Public Grievances and Pensions in the 19th National Conference on e-governance to be held in Nagpur.