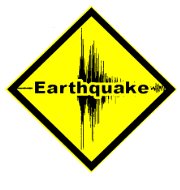 An earthquake of magnitude 6.3 hit Tajikistan on February 12, 2020. The tremors were felt in Delhi-NCR, Haryana, Punjab, Chandigarh and Himachal Pradesh. The seismology department at first gave the epicentre as Amritsar because of software error later confirmed epicentre as Tajikistan.

What is an Earthquake?

How Earthquakes are caused?

Earthquakes are usually caused by rupture of geological faults. But it may also be caused due to volcanic activity, landslides, nuclear tests and mine blasts.

It is the point of initial rupture of an earthquake. In seismology, epicentre is synonym of the focus.

The point on the ground or surface directly above the hypocentre is called epicentre.