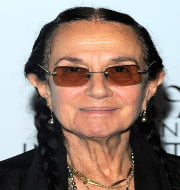 Influential documentary photographer Mary Ellen Mark passed away in Manhattan, New York. She was 75
She was best-known for her humanist work and was one of the premier documentary photographers of her generation.
In her career she had photographed people who were mainly away from mainstream society.
Her work had appeared in numerous magazine including Life, New York Times Magazine, Rolling Stone and Vanity Fair.
Mark‘s work was published into 18 collections most famous among them was Streetwise and Ward 81. Her work was exhibited at galleries and museums worldwide.
She had received numerous accolades for her work including three Robert F. Kennedy Journalism Awards, three fellowships from the National Endowment for the Arts.
In 2014 she was awarded Lifetime Achievement in Photography Award from the George Eastman House and the Outstanding Contribution Photography Award from the World Photography Organisation.

The United States has officially re-joined the Paris climate accord on February 19, 2020. It has joi...

The Joe Biden administration in United States is all set to re-join the UN Human Rights Council. The...