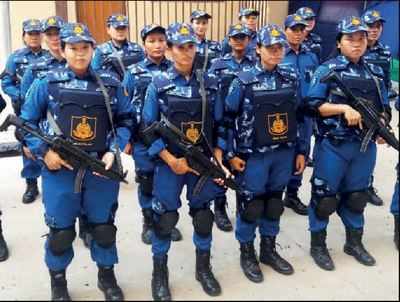 The all-woman SWAT team was inducted after rigorous training of around 15 months from specialists all across India and abroad. It comprises 36 women commandos from northeastern states (13 members from Assam, 5 from Arunachal Pradesh, 5 from Sikkim, 5 from Manipur, 4 from Meghalaya, 2 from Nagaland and 1 from Mizoram and Tripura each).
They have undergone training to handle urban situations as well as jungle operations. They are also well-versed in Israeli Krav Maga, an unarmed combat style. Their expertise includes unarmed combat, ambush and counter-ambush and urban operations like building interventions, vehicle intervention and VVIP security.
They are skilled at using weaponry like MP5 submachine guns and Glock-21 pistols. They will be deployed at strategic locations in Central and South Delhi as well as Red Fort and India Gate during Independence Day and Republic day celebrations.