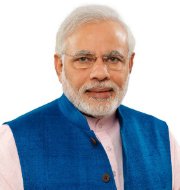 Prime Minister Narendra Modi launched the DD ‘Arun Prabha’ Channel in Itanagar on 9th February. It is a 24×7 satellite television channel for Arunachal Pradesh. It is also Doordarshan’s second channel for the north-eastern region, after DD North East.

Several projects worth over Rs. 4000 crore were inaugurated by Prime Minister Modi, the major ones include –

About the 6 Lane Bridge in Assam

The Northeast is a region that has remained a bit aloof from the so-called ‘main’ India owing to its different culture, traditions and political strata. However, the Government has started to take steps in bridging the gap by ensuring more connectivity and development. The Bogibeel bridge was constructed in Assam. Similarly all these projects will have a positive impact on Arunachal Pradesh. The Airports will increase connectivity, the new channel will develop information dissemination. The new bridge in Assam after construction will reduce the travel time between the end-points from one and a half hour to 15 minutes. All these if implemented properly and on time will leave a positive consequence for India strategically.