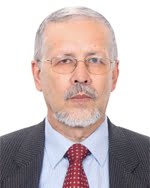 President Pranab Mukherjee has appointed Prof David R Syiemlieh as the Chairman of the Union Public Service Commission (UPSC) as per Article 316 of Constitution.
He will take over from Alka Sirohi and shall remain the head of the organisation till his retirement on January 21, 2018 or till further orders. Prior to this appointment, he was functioning as a UPSC member from June 25, 2012.
Prof David R Syiemlieh is academician, author and historian. He is a former Vice Chancellor, Rajiv Gandhi University, Doimukh, Arunachal Pradesh. He is author of several books and articles on the history of North East India. He is credited with discovering the date of death and other details of the last days of Tirot Sing, the Khasi chief of Nongkhlaw who resisted British colonial expansion.