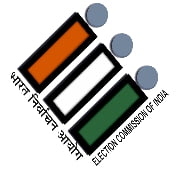 Cyberabad Police Commissioner (PC) CV Anand has been conferred with the Election Commission of India’s (ECI’s) National Special Category Award for the Best Electoral Practices- 2014.
He has been bestowed this award for the commendable election related measures taken by him in the area of ‘Expenditure Monitoring and Tackling Money Power’ during the General Elections of 2014.
He will receive the award in Vigyan Bhavan, New Delhi on January 25 on the occasion of National Voter’s Day Function.
ECI’s National Special Category Award