The German federal election, 2009 took place on 27 September 2009 to elect the members of the Bundestag which is the federal parliament of Germany.
Structure of German Parliament

Federal Diet (Bundestag) nominally has 598 members who are elected for a 4 year term. 299 members elected in single-seat constituencies according to first-past-the-post, while a further 299 members are allocated from statewide party lists to achieve a proportional distribution in the legislature, conducted according to a system of proportional representation called the Mixed member proportional representation system. In the current parliament there are 16 overhang seats, giving a total of 614.

Party System in Germany:
Germany has a multi-party system, with two strong parties and some other third parties that are electorally successful. Major Political parties & their leaders are as follows:

Voting Eligibility:
German nationals over the age of 18 are eligible to vote, including most Germans resident outside Germany, and eligibility for candidacy is essentially the same as eligibility to vote.

The graphic below shows the outline of German Political System: 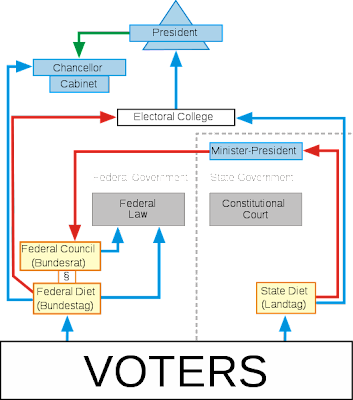 The top 4 parties emerged are as under: 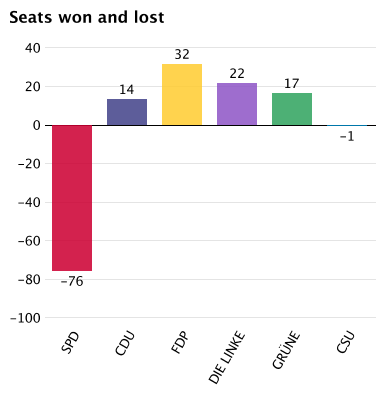 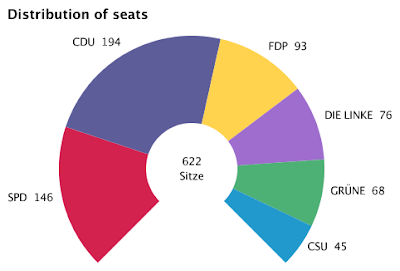 Image Credit : www.bundeswahlleiter.de
What Next ?