Appointments / Elections:
Member of International Nuclear Energy Academy – Baldev Raj
Baldev Raj, eminent scientist and Director of Indira Gandhi Centre for Atomic Research(IGCAR) Baldev Raj has been elected as Member of International Nuclear Energy Academy (INEA). The INEA elects members who have excelled and made outstanding, sustained contributions in domains of Nuclear Science and Engineering. The academy has about 100 elected members from all over the world.

Ashok Chakra: Havaldar Rajesh Kumar
The Ashoka Chakra is an Indian military decoration awarded for valor, courageous action or self-sacrifice away from the battlefield. It is the peace time equivalent of the Param Vir Chakra, and is awarded for the “most conspicuous bravery or some daring or pre-eminent valor or self-sacrifice” other than in the face of the enemy. The decoration may be awarded either to military or civilian personnel and may be awarded posthumously.
Havildar Rajesh Kumar of 11th Battalion, Rajputana Rifles (Posthumous) was awarded Ashok Chakra on the eve of Republic Day , January 25, 2010.

President will also confer Ashok Chakra on Major Mohit Sharma (posthumous) and Major D. Sreeram Kumar, who were awarded on the eve of Independence Day 2009.

Pandit Jawaharlal Nehru National Award (2007) – Baldev Raj
Dr. Baldev Raj has also been conferred with Pandit Jawaharlal Nehru National Award (2007) by the Department of Science and Technology, Government of Madhya Pradesh , for outstanding contributions in the field of Engineering and Technological Sciences. This is highest award by Madhya Pradesh Government. 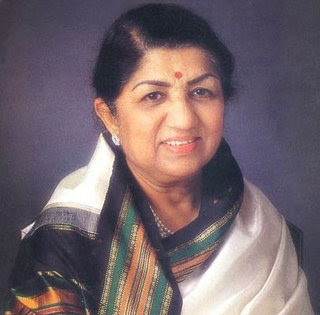 Nitish’s 20% Growth Vision:
Economic Times’s “The Business Reformer of The Year” award winner Chief Minister of Bihar is not much happy with the outstanding 11% growth rate. What he says is that Bihar is ready to achieve a 20% growth rate if full support comes from the center. He sets the goal to make Bihar a developed state by 2015. Please note that Bihar & Orissa have achieved remarkable growth surpassing even Gujarat & Mahasratra in last year.

Business & Economy:
Adjustments in the Income tax Intelligence wing
To speed up high value cases of Rs. 10 lakh and more, the finance ministry makes some ovehauls in the Central Information Branch (CIB) . The following are notable points:
1. Commissioners of Income Tax of the Central Information Branch will now report to the intelligence wing, headquartered in Delhi.
2. CIB and Intelligence wing will independently probe the cases of tax evasion. Till now they were just doing the supportive functions for investigation arm of department.
3. 360 Degree Profiling: The intelligence wing would feed exhaustive taxpayer information to the technology-based database of the department. This enables the I-T department to track all PAN card-based transactions of a taxpayer, including those done by debit and credit cards.

This ensures current, constant and consolidated reporting and delivery of information on transactions.

First Indian Refinery to Produce Euro IV compliant Diesel: Reliance
Reliance Industries Ltd is becoming the first Indian refinery to produce Euro-IV compliant diesel as the first cargo of 25,000 tonnes of Euro-IV grade diesel from RIL’s refinery at Jamnagar was shipped by Hindustan Petroleum Corporation Ltd on January 22, 2010. This is also the first coastal supply of Euro-IV diesel for the Indian market.

E-burglary in Income Tax department:
Somebody hacks into the password of one of the assessing officers in charge of crediting the refunds into the electronic clearing system and 11 crore of refunds were discovered to have been stolen. The amount was credited to fake accounts. Now a complete revamp of the security buffers in the computer software system is going on and tax refunds get delayed. The case goes to CBI and CBDT suggests the departments across the country to go slow on refunds.

What is sibutramine and what is wrong with it ?
Sibutramine which is usually marketed as sibutramine hydrochloride monohydrate salt is a drug used for oral administration for treatment of obesity. It is basically an appetite suppressant. around 20 drug companies are marketing this drug under different brand names. Administration and usage of this drug has invited serious concerns about its safety. This has been suspended from use in the UK and EU. European Medicine Agency (EMA) has recommended complete withdrawal of the drug from European markets due to serious side effects. Now India’s Top Drug Regulator, DGCI (Drugs Controller General of India ) initiates steps to ascertain the safety profile of the medicine. It asks the pharmacovigilance committee to take note of the EMA decision.

Sports :
17 Hundred Plus partnership: Sachin Dravid
Sachin Tendulkar and Rahul Dravid register the world record for most 100-plus run partnerships by any pair in the history of Test match cricket on the second day of the second and final Test against Bangladesh in Mirpur. They have now 17 100plus partnerships.