Chairperson of the IOC Co-ordination Commission – Nawal El Moutawakel
Nawal El Moutawakel, who is International Olympic Committee (IOC) member is appointed chairperson of the IOC Co-ordination Commission for the Rio de Janeiro Olympic Games in 2016. The announcement was made by International Olympic Committee President Jacques Rogge.

Who is Nawal El Moutawakel ?
Nawal was the first Moroccan, African and Muslim woman to win an Olympic gold medal, in the 400 meters hurdles in Los Angeles in 1984. She is a former Vice-Chair of Laureus and Minister of Sport and Youth in Morocco. She has already overseen the Evaluation Commission for the 2016 Olympics, a role she also fulfilled for the 2012 Olympics that were ultimately awarded to London, and this new appointment makes her the first ever woman to lead a Co-ordination Commission.

Events & Happenings
62nd Army Day
Annual army day is observed every year to commemorate Field Marshal K M Cariappa’s taking over the reigns of the Indian Army as its first Commander-in-Chief from the last British commander Sir Francis Butcher in 1949. A parade at the Parade Ground marks this occasion.

2500th anniversary of Marathon
Why Marathon is called so?

This year marks 2500th anniversary of Marathon. In Mumbai the seventh edition of the Standard Chartered Mumbai Marathon, 2010 is being organized. A Marathon flame traveled from Greece to Mumbai to mark its Gold label achievement. Maria Polyzou, the Greek national marathon Champion and vice-president of SEGAS brings this prestigious Marathon Flame to Mumbai.

Arthik Sahayog Diwas turns Jan-kalyankari Diwas:
UP Chief minister Mayawati’s earlier birthdays used to be celebrated as arthik sahyog diwas (fund raising day). What we read in newspapers was that this day was allegedly, used be a day of blatant extortions. in 2009, Manoj Kumar Gupta, A PWD engineers was murdered allegedly.

This year, Maya’s B’Day is observed as Jankalyankari Diwas and the Chief Minister announced welfare programmes for the poor and development schemes worth over Rs 7,300 crore for the state. The pompous show was absent this year.

National Affairs:
Rockets and Eclipse:
The Vikram Sarabhai Space Centre (VSSC) launches 11 Rohini series of indigenous Sounding Rockets to investigate the effects of the solar eclipse on the atmosphere.
The Rohini (RH) sounding rockets were launched from the Thumba Equatorial Rocket Launch Station (TERLS) at the Vikram Sarabhai Space Centre (VSSC) of ISRO in Thiruvanthapuram.

Himachal Pradesh : Appointment of Rakhas under MNREGA
Himachal Pradesh Government will consider proposing crop protection from wild animals under ‘Mahatma Gandhi National Rural Employment
Guarantee Assurance Scheme’ (MNREGA) by appointing Rakhas (Guards) as per the provisions of the scheme. Rakhas will help in protection of the
two Rabi and Kharif crop from the wild boar and monkeys which were causing intensive damage to standing crops resulting in loss to the farmers
in rural areas.

Breaking of Ganga:
The name of the Sarod instrument of Ustad Amjad Ali Khan is Ganga and is with Khan for last 32 years. This teakwood instrument got broken by
accident by Air India in a transit. Reportedly, Civil Aviation Minister calls the Ustad and regrets for the event.

Business & Economy:
Nimbus BCCI Agreement:
Nimbus Communications Limited generally known as Nimbus issues bank guarantees to the Board of Control for Cricket in India, securing the
entire new period of its 2010-2014 agreement. Nimbus will exclusively market various media rights for all international cricket tours staged by the
BCCI and 78 days of BCCI domestic cricket events every year globally tilll March 2014.

‘Domotex Fair’
‘Domotex Fair’ is the world’s largest international trade fair being organized at Hannover in Germany. For the first time, Coir Board from India
takes participation in this event.
Coir Board Chairman V S Vijayaraghavan accompanied by Coir Board Director (Marketing) M Kumaraswamy Pillai and a 20-member small and
medium exporters’ team from Kerala and Tamil Nadu leave for this purpose.

India & World:
Australia-India Council Young Media Fellowships
Australian High Commissioner Peter Varghese announces the winners of the Australia-India Council Young Media Fellowships in New Delhi. The winners are Syed Nazakat Hussain from The Week, and Anahita Mukherji of The Times of India. Both of them get a grant of AUD 10,000 for spend up to six months in Australia for researching stories of their choice. 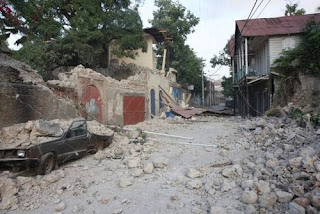 The devastating 7.0 Mw magnitude earthquake in Haiti affects 30 Lakh people of Haiti and reportedly 4-5 Lakh people died. It was one of the worst quake attacks which was followed by a series of more than 33 aftershocks, 14 of which were between magnitudes 5.0 and 5.9.
Rajiv Shah, 36 , Indian American who was recently sworn in as head of USAID has been give the first assignment to handle the Haiti catastrophe affected people.
India’s PM says that India would provide $5 million in aid to Haiti where tens of thousands have been killed in a devastating earthquake.