International Wetland Day: 2010
The Convention on Wetlands of International Importance is an international treaty for the conservation and sustainable utilisation of wetlands Read Here

‘BioAsia 2010’ – Hyderabad
BioAsia is the ideal platform at Hyderabad where suppliers of equipment & consumables meet engineers, research-personnel & procurement managers of biotec-companies. It is being held at Hyderabad from February 3-6, 2010 at Hyderabad. BioAsia will have an International Conference, a Tradeshow, a Business Forum, a poster program, CEO Conclave and an Awards Nite. Over 60 exhibitors, 1000 conference delegates, 70 international speakers and 15,000 visitors across the globe are expected to participate in this event. This is the 7th edition of the event.

BJP constitutes Panel on Tribal Policy:
BJP constitutes a five-member panel, headed by former Jharkhand Chief Minister Arjun Munda to recommend a suitable policy for improving the vast tribal population in the country and make a clear demarcation of their rights over the forest produces across the country.

National Biodiversity Authority has been set up in 2003 to conserve the Biodiversity of the Country. Ministry has also released “Governance for Sustaining Himalayan Ecosystem (G-SHE) Guidelines & Best Practices”

Biological Diversity Act, 2002 and Biological Diversity Rules, 2004 provide for the conservation of biological diversity, use of its components, and fair and equitable sharing of benefits arising out of the use of biological resources knowledge and for matters connected therewith or incidental thereto. Accordingly, National, State and local level mechanisms have been provided for implementation of the Act. (PIB) 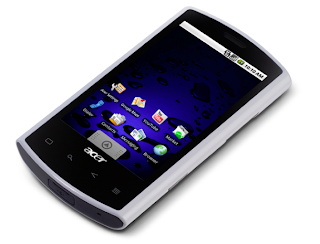 Acer launches a new smart phone “Liquid” . It is based upon Qualcomm Snapdragon processor. Snapdragon is architecture of a family of chipsets with an ARM-based CPU. This architecture was developed by Qualcomm (which calls Snapdragon a “platform”) for use in smartphones and mobile computing devices. The first mobile internet device to use a 1GHz Snapdragon was Toshiba’s TG01 smartphone followed by Acer’s neoTouch. Acer’s new Liquid is world’s first based and Android 1.6-high definition smartphone. Its priced at Rs. 24, 900. Powered by Qualcomm Snapdragon running Android 1.6, delivers real-time ubiquitous communication and location-aware content.

First Private IT Park of Orissa:
Orissa gets its first private software technology park on the outskirts Bhubaneswar by city-based JSS Group. This JSS Software Technology Park has a built-up area of about 55,000 square feet and can accommodate about 1,000 IT (Information Technology) professionals.

India & World
60th Anniversary of Fulbright scholarship programme in India
The Fulbright Program which includes the Fulbright-Hays Program is a program of grants for international educational exchange for scholars, educators, graduate students and professionals. Read Here
GlobGlacier Project:
Since glaciers are among the most reliable indicators of climate change and because they can have a major influence on water availability Read Here

Indian Peace keepers in MONUC
MONUC is a acronoym of Frech word of Mission of the United Nations Organisation in the Democratic Republic of the Congo (DRC)). It is a United Nations peacekeeping force in the Democratic Republic of the Congo which was established by United Nations Security Council Resolutions 1279 (1999) and 1291 (2000) of the United Nations Security Councilto monitor the peace process of the Second Congo War. However subsequently its focus turns to Ituri conflict or Kivu conflict and Dongo conflict.
India is the largest contributor of peacekeepers to MONUC with more than 4,500 soldiers deployed across North Kivu province.
The Indian contingent first arrived in DRC in November 2004 with most of it being deployed to North Kivu. Since then the contingent has served several successive mandates in one of the most complex and multidisciplinary missions ever deployed by the United Nations.
The Indian Peace-keepers in MONUC have been decorated for their service with the UN peacekeeping Mission. About 150 Blue Helmets from four Infantry Battalions, the Aviation contingent, the Level III hospital and Military Observers were honoured for their contribution in a ceremony in Goma held on January 26, Republic Day.