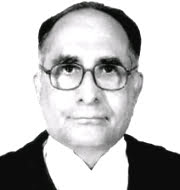 Former Chief Justice of India (CJI) Sarosh Homi Kapadia passed away in Mumbai, Maharashtra. He was He was 68.
His funeral was held as per Parsi tradition at Tower of Silence at Kemps Corner, South Mumbai.