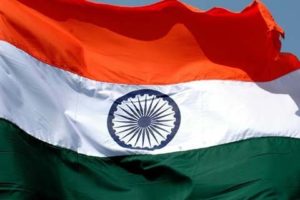 On December 4, 2019, the Union Cabinet cleared the Citizenship (Amendment) bill, for the bill to be tabled in Lok Sabha. The bill is being tabled amidst widespread protests in the north eastern states.

The bill aims at providing Indian citizenship to 6 minority communities from Bangladesh, Pakistan and Afghanistan. The communities are Hindu, Christian, Sikhs, Buddhist and Jain. Currently for a person to get Indian citizenship, he should have resided in the country for 11 years. The bill intends to amend this as 6 years.

The bill has not included Muslim community. This according to the opposition is violation of Article 14 that legalizes equality before law. The article states that the government shall show no discrimination on grounds of religion, caste, race, sex or birth.

According the Citizenship Act, 1955, illegal migrants can either be sent to jail or back to their own countries. In Assam, the protest is on rights and livelihood of ethnic communities on passage of the bill. After the bill is passed, thousands of illegal migrants will be deported according to Assam Accord. According to Assam Accord that was signed in 1985, foreigners who entered Indian soil after March 24, 1971 shall be deported.

In Mizoram, the protests are by the illegal Buddhist Chakma immigrants who were displaced by the construction of Kaptai dam on the Karnaphuli river in 1962. The Nagaland Tribes Council and Naga Students Federations sees the bill as a threat to political future of their identity.

The National Bamboo Mission recently launched the Management Information System to strengthen the do...

Risa in the Culture of Tripura

A huge wildfire in Dzukou valley located on the Manipur-Nagaland border caused severe damage to the ...