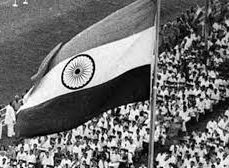 The Prime Minister of India, Narendra Modi, will inaugurate the Chauri Chaura Centenary celebrations on February 4, 2021. The celebrations will be inaugurated by PM virtually and it will be held in Uttar Pradesh.

This movement was launched on September 4, 1920 by Mahatma Gandhi. This movement was started with the aim of self-governance and obtaining full independence or Purna Swaraj. This was started in the light of withdrawal of the support by Indian National Congress (INC) for British reforms following the Rowlatt Act and the Jallianwala Bagh massacre.

This act was passed to suspend the rights of political prisoners in sedition trials. This act motivated Mahatma Gandhi to follow the idea of satyagraha (truth).