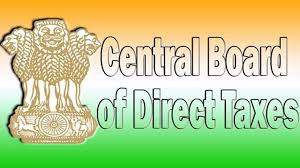 The Central Board of Direct Taxes (CBDT) has launched a computer-generated Document Identification Number (DIN) to ensure greater transparency and accountability in tax administration. Thus from now onwards, every CBDT communication will have to have a documentation identification number. The DIN system has been created as per the direction of Nirmala Sitharaman, Union Minister of Finance.

The path-breaking DIN system became operative from 1 October 2019 and will apply to all kind of communications from Income Tax (IT) Department, whether it is related to investigation, assessment, rectification, appeals and penalty among other things. On first day of systems’ implementation, nearly 17,500 communications have been generated with DIN.

Mandate: Any communication from IT Department without a computer-generated DIN, be it a notice, letter, order and summon or any other correspondence, would be treated as invalid and shall be deemed as if it has never been issued. Also, all such communications with DIN would be verifiable on e-filing portal and no communication would be issued manually without DIN. The only exceptional circumstances is in the case if the communication is issued manually and it would have to be uploaded and regularised on the system portal within 15 days of its issuance.

Benefits: DIS system would ensure greater accountability and transparency in tax administration. This development would also help taxpayers detect fake notices and letters as the notice would be verifiable on e-filing portal of department.