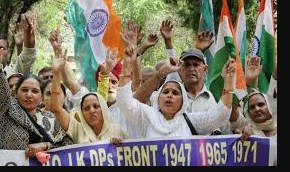 Union Cabinet has approved one-time payment of 5.5 lakh rupees as resettlement package for 5,300 displaced families which had come from Pakistan-occupied Kashmir (PoK) and initially settled outside Jammu and Kashmir but later relocated. It will be provided under Rehabilitation Package approved by Union Cabinet in November 2016 for Displaced Families PoJK and Chhamb Niabat area under PM’s Development Package 2015 for J&K.

It will enable such DP Families, who had suffered on account of wars and hostilities to become eligible to get one-time financial assistance of Rs 5.5 lakhs under existing scheme. It will also enable them to earn reasonable monthly income and be part of mainstream economic activities. This will also upgrade Central Government’s capacity to respond effectively to such DP families need of financial assistance.