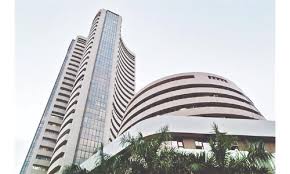 BSE’s Phiroze Jeejeebhoy Towers serves as barometer of Indian economy. It is 28-floor building and was bulit almost 10 years, completed in 1980. At the time of its completion, it was the tallest building in India. Initially it was known as BSE Towers and was later renamed after late chairman of BSE, Sir Phiroze Jamshedji Jeejeebhoy. BSE was founded in 1875. It began as small group of brokers who functioned under a banyan tree on Dalal Street.

Trademark refers to graphical representation of goods or services to make it distinguishable from others. It can be words, symbols, sound, colours, shape of goods, graphics representation or packaging etc. It protects owner against unfair competition, prevents damage to reputation of owner and consumer welfare.
In India, trademarks are governed under Trademarks Act, 1999 ( it deals with precise nature of rights one can acquire in respect of trademarks), under aegis of Department of Industrial Policy & Promotion (DIPP), Ministry of Commerce. The implementing body is Controller General of Patents, Designs and Trademarks.
Mumbai’s Taj Mahal Palace hotel was first building in India to acquire image trademark under Trademark Act of 1999 in June 2017. Other iconic structures (builings) in the world that have received trademarks are Empire State Building, New York, USA; Eiffel Tower, Paris, France; Opera House, Sydney, Australia etc.