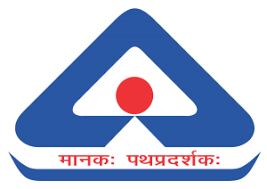 The mobile application of the Bureau of Indian Standards (BIS), known as BIS- Care, has been launched by the Consumer Affairs Minister, Ram Vilas Paswan so that the consumers can check the authenticity of the ISI-marked and hallmarked products through the application. The customers can also lodge complaints using this platform.

The BIS-Care app is going to enhance the capacity of enforcement of the standardization implementation initiatives. The Bureau is also trying to implement the e-BIS platform as well so that the online facilities are used more and more by the users.

It is the national standards body functioning under the Ministry of Consumer Affairs, Food and Public Distribution, Government of India. It was established by the Bureau of Indian Standards Act, 1986. The Minister of the department is the ex-officio President of the BIS. It has 25 members from central or state governments, industry, scientific and research institutions and consumer organizations. The headquarter of the BIS is in New Delhi