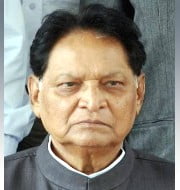 Former Governor of Kerala and Bihar, Ramkrishna Suryabhan Gavai passed away in Nagpur, Maharashtra after a prolonged illness. He was 86.
Gavai was senior Congress leader and had served as Chairman of Maharashtra State Legislative Council (MSLC) form 1978 to 1984 and Deputy Chairman from 1968 to 1978.
He was a member of the MSLC from 1964 to 1994. He was elected to Lok Sabha from Amravati constituency in 1998.
In 2006, Gavai was appointed as the Governor of Bihar and was in office till 2008. Later in 2008 was transferred to Kerala where he served till August 2011.
He also had served as the Chairman of Dr Babasaheb Ambedkar Smarak Samiti, an autonomous trust which manages the Deekshabhoomi, the historic place where Father of Indian Constitution embraced Buddhism in 1956.
Gavai was recipient of National Integrity Award s for peace and harmony.