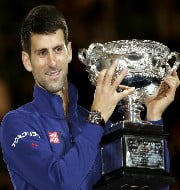 The Australia Open 2020 was held at Melbourne. It is the first of the four Grand Slam tennis tournaments held every year. The other 3 Grand Slams include Wimbledon, French Open and US open. So far Australian Open has been conducted in 5 cities namely Melbourne, Adelaide, Sydney, Perth and Sydney. In 1906, it was conducted at the New Zealand city Christchurch and in 1912 at Hastings.

The Australian Open was first held in 1905. The nick name of Grand Slam is “Happy Slam”.

The Grand Slam title offers most ranking points. The Australian Open is held in January, French Open in May-June, Wimbledon in June-July and US Open in August-September. The Grand Slam tournaments are operated by the International Tennis Federation.

It was founded in 1913. It maintains rules of tennis and regulates international tournaments. It also preserved sports integrity conducting anti-doping and anti-corruption programmes.