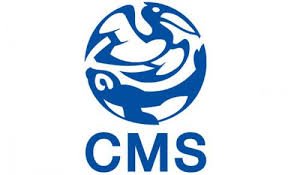 Several species of vultures including four from India on their migratory routes were awarded highest protection by the Convention on Conservation of Migratory Species of Wild Animals (CMS).
They were among 34 species which were awarded highest protection during CMS Summit held in Manila in submissions made by 24 countries from Asia, Africa, Americas, Europe and Oceania.

Asian vultures are red-headed vulture, white-rumped vulture, Indianvulture and slender-billed vulture. They are faced with threats such as poisoning, hunting, collision with electricity cables and habitat degradation. A subspecies of black noddy, yellow bunting and lesser and great grey shrike are other avians listed on CMS protected list.
Whale shark, which inhabits the Indian Ocean also got global protection. Blue shark and common guitarfish also was awarded highest protection. Widespread over-fishing is driving many shark species, including whale shark to extinction. India is among 121 nations whose waters are home to sharks threatened with near extinction. The major threats are bycatch in nets and vessel strikes.
Caspian seal also has been identified for conservation. It is the only marine mammal found in the world’s largest inland sea, where its migration is prompted by ice formation and foraging. Central Asia’s rarest species, Przewalski’s horse and Gobi bear also received highest degree of protection.

Outcomes of Manila summit of CMS

The summit held in Manila was largest in the 38-year history of the Convention, which is also known as Bonn Convention after German city in which it was signed. Delegates from 91 countries had attended the summit. Manila summit adopted resolution to develop and manage protected area networks within the ASEAN region. Governments also agreed to cooperate on reducing negative impact of marine debris, noise pollution, renewable energy and climate change on the lives of migratory species.