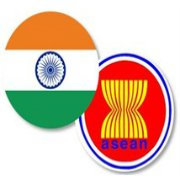 ASEAN India Film Festival was held in New Delhi from May 25 to 30, 2018. It was organised by Ministry of External Affairs (ASEAN Multilateral Division) as part of the series of events to commemorate 25 years of ASEAN and India relations.

The film festival was non-competitive and its tagline was ‘Friendship through Films’. Around 32 films from 11 countries were screened during six days festival. It was aimed to serve as vehicle of Cultural Exchange by providing access to new trends in filmmaking by providing platform for exchange of ideas, culture and experiences in the field of cinema.
The film festival provided platform for people from film industries of respective member countries to explore areas of cooperation in domain of cinema and cultural cooperation. It also celebrated excellence of cinema by exhibiting films from various ASEAN countries.

ASEAN is regional organisation that aims to promote intergovernmental cooperation and economic integration amongst its members. It consists of 10 member countries- Brunei, Cambodia, Indonesia, Laos, Malaysia, Myanmar, Philippines, Singapore, Thailand and Vietnam. It came into existence on August 8, 1967, after ASEAN declaration (also known as Bangkok Declaration).