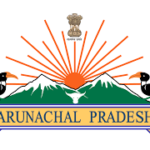 The name of the state is derived from the Mizo word which means land in the Mizo language. “Mizo-ram” means “land of the Mizos”. This state is located in northeast old-Assam region of India. It is a landlocked southernmost state of India.  It shares borders with three states among the Seven Sister States of old Assam that is Assam, Tripura and Manipur. The state also shares an international border with Bangladesh and Myanmar with its total length of 722-kilometre. The state was a part of Assam until year 1972. In the year 1972 it was made a Union Territory. Finally, in the year 1986, the UT was given the statehood in accordance with the 53rd amendment of the Indian Constitution. It became the 23rd state of the India on February 20, 1987.