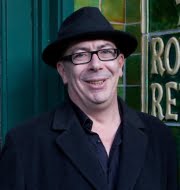 Novel based on Apatani tribe of Arunachal Pradesh titled Into the Hidden Valley has won 2016 MM Bennetts Award for Historical Fiction in the United Kingdom.
The novel is authored by Stuart Blackburn. He was presented with this award at the HNS Conference in Oxford.
Novel: Into the Hidden Valley
The novel looks into a little-known episode in the colonial history of British India. It brings alive the world of the Apatanis and portrays the impact of British colonialism. It dramatises the encounter by telling two stories, one of a British official and the other of a tribesman.