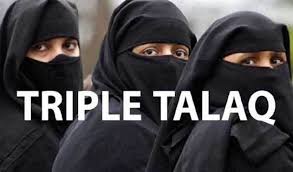 The Muslim Women’s Rights Day is observed on July 31 throughout the nation in order to commemorate the first anniversary of the law passed against instant triple Talaq within the Muslim community. The Union Ministers have also addressed the Muslim women through a virtual conference on this occasion.

The Muslim Women (Protection of Rights on Marriage) Act was passed in 2019 in order to ensure the prohibition of the practice of instant divorce by the Muslim men. Any violation of the law is punishable by a jail term of up to three years, under this law. This came on the backdrop of the decision by the Supreme Court in 2017 declaring this practice unconstitutional.

What is the Law against Triple Talaq?

The Muslim Women (Protection of Rights on Marriage) Act, 2019 criminalized Triple Talaq practice in India. This was to tackle the cases of instant Talaq in the country by the Muslim men and it was considered unconstitutional. It includes all kinds of triple Talaq such as spoken, in writing or by electronic means. The Muslim women were also given the provision of asking for the amount for subsistence in case of triple Talaq. The women have been given the custody of minor children as well in case of divorce through this manner.

The Union Law Minister has stated that the new law has reduced the total number of Triple Talaq cases in India by around 82% in the last one year but no further details have been provided till date by the government in this regard.