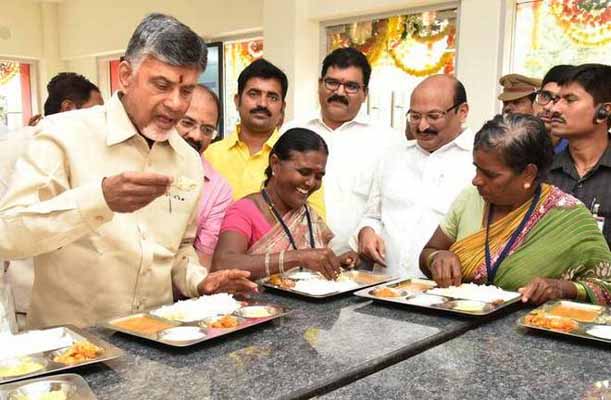 Andhra Pradesh Government has launched 60 Anna Canteens across the state in the first phase to provide subsidised food to urban poor. These canteens aim to tackle hunger in urban areas. They will offer breakfast, lunch and dinner at Rs 5 a meal. They will be run by Akshaya Patra Foundation.

The first Anna Canteen named former undivided Andhra Pradesh Chief Minister N T Rama Rao was launched in March 2016. It was opened on pilot basis close to Government Transitional Headquarters at Velgapudi in Amaravati. Later, only three more canteens were opened at other places. Now State Government has come out with plan to set up 203 ‘Anna Canteens’ across the state.

Other States having subsidised food canteens are