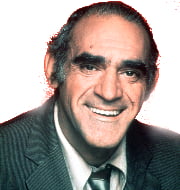 American actor Abe Vigoda best known for roles in The Godfather and Barney Miller, a sitcom of 1970s passed away in New Jersey, US. He was 94.
His most famous role was as the grumpy and deadpan Detective Sergeant Phil Fish in the Barney Miller police comedy series.