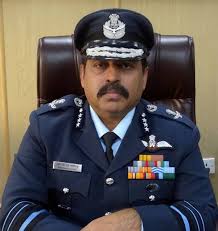 He was commissioned in the fighter stream of Indian Air Force in June 1980, and since then he has held various command, staff and instructional positions.

He is an alumnus of National Defence Academy (NDA) and has won the coveted Sword of Honour for standing first in overall order of merit.

He also has 4,250 hours of flying experience on 26 types of fighters and transport aircraft. He is also one of the few Air Force pilots to fly a Rafale jet. In July 2019, during Exercise Garuda between Air Forces of India and France, Bhadauria had flown the aircraft.