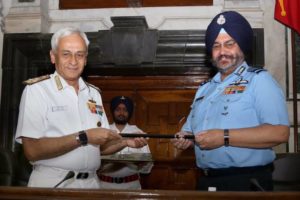 Air Chief Marshal BS Dhanoa will take over as new Chairman COSC with effect from 31 May 2019 consequent to release of charge by Admiral Sunil Lanba upon hus superannuation.