Aadhaar card can't be made mandatory for welfare schemes: SC 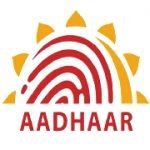 The Supreme Court has held that the Aadhaar card cannot be made mandatory by the government for extending the benefits of its welfare schemes to the people. The apex court allowed government to use Aadhaar in other schemes like the opening of bank accounts. Earlier, Finance Minister Arun Jaitley had said that the Aadhaar card may become the only identity card in future, replacing all other types of identity cards such as Voter ID and PAN cards. Government also had made Aadhar mandatory for filing of Income Tax returns to curb tax evasion and frauds.