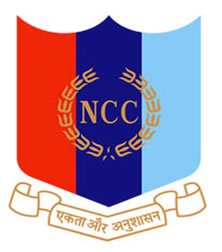 National Cadet Corps (NCC) is celebrated its 66th anniversary on 23rd November 2014 with traditional fervour.
23rd November is traditionally celebrated as the ‘NCC Day’ to mark the function of raising the first NCC Unit at Delhi which was presided over by the first Prime Minister of India, Pandit Jawahar Lal Nehru held in 1948.

The NCC is the Indian military cadet corps with its Headquarters at New Delhi.It is the largest uniformed youth organisation in the world and is open to school and college students on voluntary basis.
In 1948, NCC came into existence after National Cadet Corps Act was accepted by the Governor General.
It is a Tri-Services Organization, comprising the Army, Navy and Air Force engaged in grooming the youth of the country into disciplined and patriotic citizens.
It is a voluntary organization which recruits cadets from high schools, colleges and Universities all over India. The Cadets are given basic military training in small arms and parades.
The officers and cadets have no liability for active military service once they complete their course but are given preference over normal candidates during selections based on the achievements in the corps.
NCC always has been at the forefront of contribution towards social causes and community development activities.