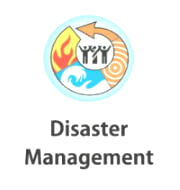 One of the notable HADR missions in IOR that India undertook in recent years was “Operation Rahat” in Yemen in 2015. In this operation, India rescued and evacuated over 6700 persons, comprising of more than 1940 citizens from 40 other countries. India also provided assistance during 2016 cyclone in Sri Lanka, 2019 earthquake in Indonesia, flooding & landslides in Madagascar in January 2020 and Cyclone Idai in Mozambique. India also responded promptly during Oil Spill in Mauritius in August 2020 as well as Oil tanker fire in September 2020 in Sri Lanka.

Topics: 5th World Congress on Disaster Management (WCDM) • Indian Ocean Region (IOR) • Security and Growth for All in the Region)