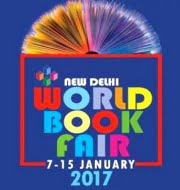 The 44th edition of the New Delhi World Book Fair began at Pragati Maidan in national capital. The theme for this edition of the event is ‘Manushi– Books Written on and by Women’.
It was inaugurated by Union Minister of State (MoS) for Human Resources Development (Higher Education) Mahendra Nath Pandey.