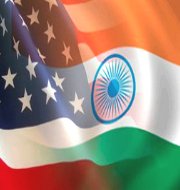 The award is given by New York-based Carnegie Corporation on the occasion of Independence Day of United States i.e. 4th July.
It should be noted that Carnegie Corporation’s founder Andrew Carnegie was one of pioneer American capitalist who had shaped the modern American industry and philanthropy. He was the son of impoverished immigrants who had settled in US.