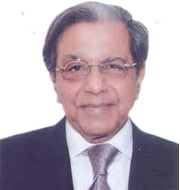 It will also assist the commission in preparation of any paper or research study which would enhance Commission’s understanding on issues containing in its ToR. It will also help commission in broadening its ambit and understanding to seek best national and international practices on matters pertaining to fiscal devolution and improving the quality and reach and enforcement of its recommendations.

The council’s role is advisory in nature and it cannot tweak on its own ToR of the 15th Finance commission. Any change in ToR will be made by Central Government with assent of President. The setting up of council by FFC will also serve to ease pressure on Centre over ToR. Some southern states have claimed that progressive states are ones stand to lose if FFC follows its ToR and takes 2011 census as basis for the devolution of central funds, instead of 1971, that was adopted earlier.

Finance Commission is constitutionally-mandated body established once every five years by President to devise a formula for distributing net tax proceeds between centre and states as well as among states and local bodies. The recommendations of 15th Finance Commission (FFC) will come into effect from 1 April 2020.
The ToR of 15th Finance Commission have drawn protests from many states, especially from southern ones, over its mandate to use 2011 Census data over 1971 Census data for resource allocation.
The ToR of FFC as decided by centre have been criticized by southern ones, as being against spirit of cooperative fiscal federalism. The centre has mandated toFFC that population data for determining states’ share of tax revenues should be based on the 2011 Census, rather than the earlier practice of using the 1971 Census.
Issue with 2011 Census: Southern states, as well as states such as Punjab and Odisha have succeeded in reducing their population growth rates in recent decades while growth rates of most northern states including Uttar Pradesh and Bihar have remained high. Southern states allege that if FFC uses 2011 Census data, more resources will be transferred to northern states, thus penalizing states that have succeeded in controlling population.