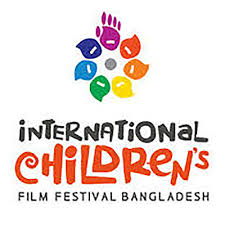 The 13th edition of the International Children’s Film festival was inaugurated in the capital city of Bangladesh, Dhaka on Friday, 24th January 2020. It is the biggest film festival in the Southeast Asian country and the only international festival which is celebrated exclusively for children and young adults since 2008. Under-five different sections the films are being screened in this year’s festival, out of which a new section have been introduced to mark the 100th birth anniversary of the country’s founding president Sheikh Mujibur Rahman, named Bangabandhu Through My Lens.

The festival is organized by the Children’s Film Society of Bangladesh and will feature 173 films from 39 countries. There is no entry fee for the festival which will conclude on the 31st of January. ‘Khoka Jokhon Chhoto Chhilen’ movie was screened on the first day following the formal opening ceremony of the festival at the Public Library’s main auditorium. The slogan for this year’s festival is ‘Future in Frames’.