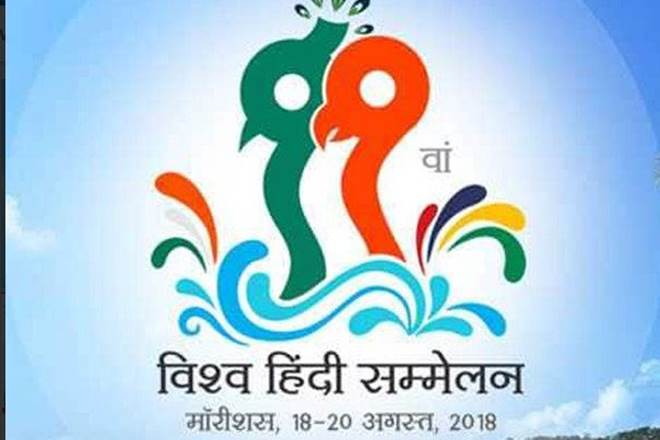 11th World Hindi Conference (विश्व हिंदी सम्मेलन) was held in Mauritius in its capital city Port Lois from August 18-20, 2018. It was inaugurated by Prime Minister of Mauritius Praveen Kumar Jagannath and was attended by External Affairs Minister Sushma Swaraj and some other ministers.

The theme of the Conference is “Vaishvik Hindi Aur Bharatiy Sanskriti“. It was be organised by Ministry of External Affairs, Government of India in association with Government of Mauritius. The venue of Conference was Swami Vivekanand International Convention Centre, Pailles Mauritius.
The conference provided common platform to several Hindi scholars, writers and laureates from different parts of the world to contribute language.  It was attended by delegates from India and various countries of the world. They deliberated on eight subtopics on Hindi World and Indian Culture. It was for first time of the conference, representatives from all 29 states and Union Territories of Delhi, Chandigarh and Puducherry attended the conference.