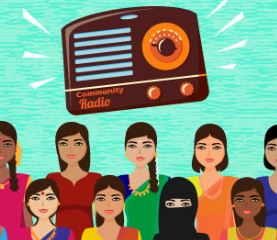 The Ministry of Information and Broadcasting has announced that 118 new Community Radio Stations (CRS) are in the process of being set-up.

What are Community Radio Stations?

In 2006 a new policy was released which allowed the agricultural universities, educational institutions and civil society institutions such as NGOs to apply for a community radio broadcasting license.