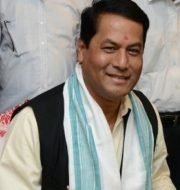 The Assam Cabinet recently approved the bill to make Bodo an official language of the state. The bill has been framed in accordance to the Bodo Peace Accord signed between the Government of India, Assam Government, four Bodo rebel groups and two Bodo organizations.

There is no National language in India. The article 343 says that the official language of Union shall be Hindi in Devanagari. Business in Indian Parliament shall be transacted only in Hindi or English. English is allowed to use for official purposes such as parliamentary proceedings, communication between Central Government and state government, Judiciary Communications in the country.

In 1960, Assam official language Act was passed recognising Assamese as an official language in Assam. The act also included provisions for the safeguard of linguistic minorities in the state. In 2019, the Assam Cabinet approved to make Assamese the State Language.

According to Census 2011, there are more than 14.16 lakh people speaking Bodo language in the state of Assam. They account to 4.53 % of the total population of the state.

What are the issues associated with the Bodos?

The Bodos are ethnic communities demanding separate land. The entire Bodoland issue has its roots to 1930s.