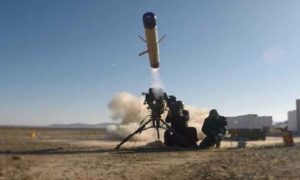 Indian Army has placed an order for procuring Israeli Anti-Tank Spike missiles from Israel. The procurement was made under emergency purchases to meet operational preparedness of the army.

It is known for their precision targeting with an ability to pierce even bunkers.

Range: It can hit targets at a range of 4 kilometers.

Terrain: It can be deployed in both mountains and plains.

Firing Platform: It can be fired from different platforms such as- vehicles, helicopters, ships and ground launchers. It can be deployed even along the Line of Control (LoC).

In April after Balakot strike, Indian Army cleared procurement of the missile and orders were placed in July 2019.

After 14 February 2019 Pulwama attack in which 40 CRPF personnel were killed, three armed forces were given powers to make emergency purchases. Under these emergency provision forces can make procurement up to Rs 300 crore.