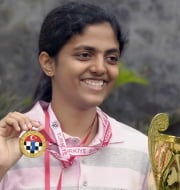 The Indian Army has successfully conducted ‘user-validation’ trials of indigenous Advanced Towed Artillery Gun System (ATAGS) Dhanush in the Himalayas. It clears the way for the induction in the Army.
Earlier, proof firing tests of Dhanush’s armament systems were carried out during technical trials in June and September 2016 and some initial integrated firing tests were successfully carried out in December 2016.